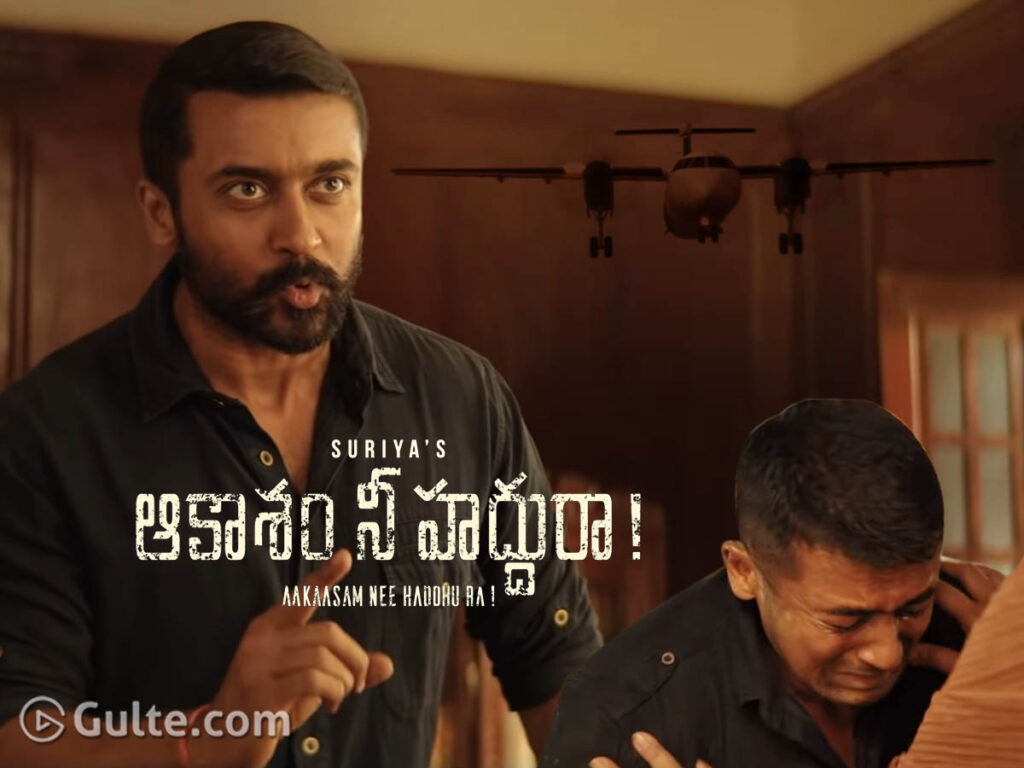 Tamil hero Suriya has been going through a tough phase and so he is selectively picking up good scripts. When the biopic of GR Gopinath, the founder of Air Deccan came his way, Suriya immediately gave his nod. Titled as ‘Aakashame Nee Haddu Raa’ (Soorarai Pottru in Tamil), the film is getting an OTT release and here comes the trailer.

It’s a story of a villager who dared to dream the impossible and a crazy idea. The idea is to make a farmer fly in the sky but it’s not an easy ride. This is the protagonist’s dream to bring a low cost airline to India. As he starts to fulfil his dream, Suriya faces many obstacles. From getting licenses to buying aircrafts, Suriya goes every nook & corner.

The big fish in this business and the banks that deny loans are some of the hurdles. But the protagonist is a rebel and he battles each and every barrier and finally conquers the skies.

Suriya is incredible in the protagonist role and lives into the character. He is all over the trailer and performance wise, he nails. The film also stars Mohan Babu, Paresh Rawal, Aparna Balamurali and Urvashi in important roles.

Sudha Kongara has directed ‘Aakashame Nee Haddu Ra’ and the trailer makes us watch it again and again!

The digital rights of the film were acquired by Amazon Prime and will be streaming from November 12th.