Actor Michael Fishman shared the story of his youngest son’s heart-breaking overdose for the first time on Wednesday, revealing that he had taken ‘bad drugs’ which gave him a ‘serious reaction’.

The Conners star, 39, told the Tamron Hall Show that he wanted to talk about Larry’s death to encourage parents to speak to their own children, as he revealed that his foster son became part of their family because he ‘chose me’.

He said that Larry, who he had been in the process of adopting before he aged out of the foster care system, did not have a problem with drugs before the overdose.

The actor had not previously revealed any information on the death, which happened in June. 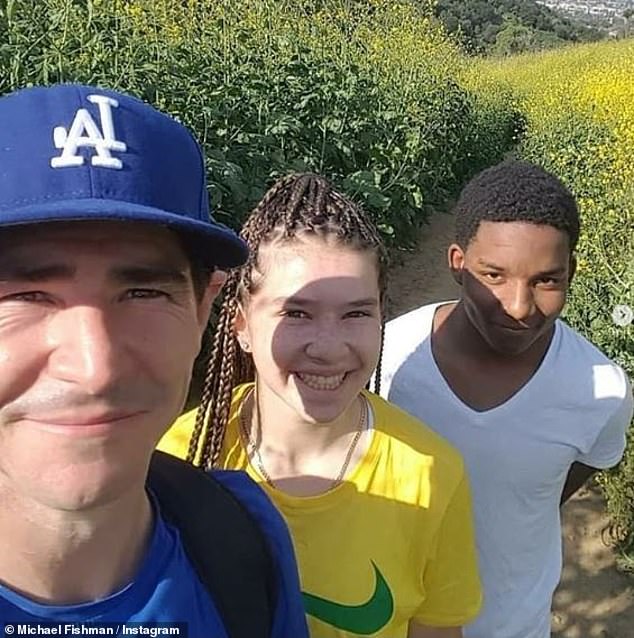 Sad: Michael Fishman was in the process of adopting his youngest son Larry as he was aging out of the foster care system; seen on Instagram as Fishman paid tribute to his son

‘It wasn’t so much a struggle for him. People try things over time and that wasn’t really an issue overall,’ Fishman said.

‘He moved to a house in transition after living with his sister for a little while, and he tried drugs that turned out to be bad drugs that multiple people had a very serious reaction.’

He also revealed his regret at not having met the young boy sooner. Fishman was introduced to Larry through the boy’s sister Camille, who the actor is also adopting.

He has two biological children, Aaron and Isabelle, with his ex-wife Jennifer Briner.

‘I feel like I came to Larry, maybe later than I wish I could. And I think for parents, you know, you wish you had more time. You don’t always get the time that you want,’ Fishman said.

‘It’s this combination of trying to find a way to help my kids grieve and go through that process and to model positive behavior.’

‘I have two biological children from a previous marriage and at the end of that marriage I met his older sister, Camille, who a friend of mine kind of said, “She needs some support and guidance and mentorship.”

‘I kind of took her into my home … we became a family unit. And she came to me and said “I’ve never had a Dad, would you be my Dad?”’ he continued.

‘I had to talk to my two kids, my son, Aaron, and my daughter and see that it was ok with them and make sure that they understood. And I had to have the conversation with Camille – “Do you understand what that means?” 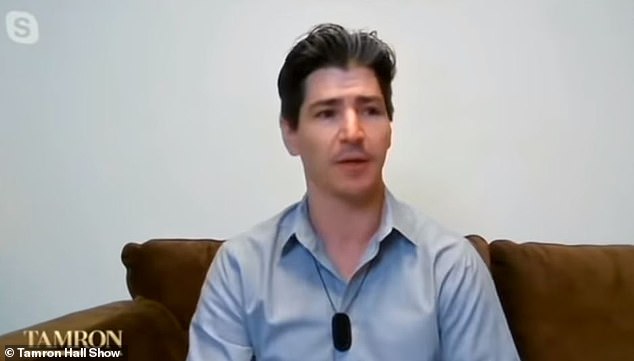 ‘A couple years ago, I probably would have never shared this, to be honest with you,’ Fishman admitted during Wednesday’s interview. ‘The really important part is that you’re brave enough to admit when you struggle, and that you need help or that you aren’t strong’ 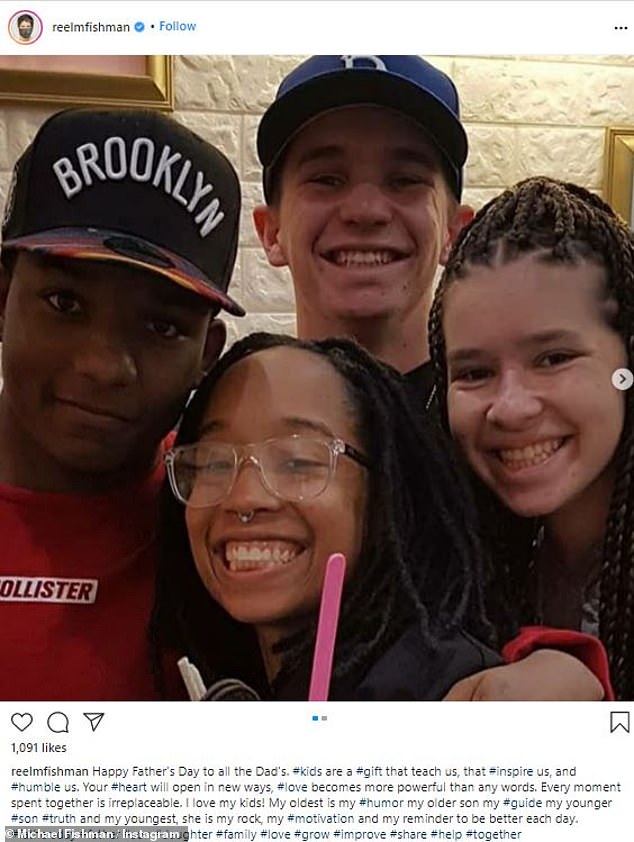 ‘I have two biological children from a previous marriage and at the end of that marriage I met his older sister, Camille, who a friend of mine kind of said, “She needs some support and guidance and mentorship.” We became a family unit’

Fishman said that while he’s a relatively private person, he’s sharing his story now in hopes of helping another family navigating through this difficult terrain.

‘A couple years ago, I probably would have never shared this, to be honest with you, but if one other person can relate, if it can help you talk to your kids someway, if it opens up a dialogue or you just listen because … The really important part is that you’re brave enough to admit when you struggle, and that you need help or that you aren’t strong,’ he said.

‘With COVID-19 and all the changes in this world, people are struggling.’

While this is the first interview in which Fishman has spoken about his son’s death, he has previously paid tribute to him on social media.

He remembered Larry on National Son’s Day in September sharing a photo of his four kids together.

‘Always in my heart,’ he captioned the photo. 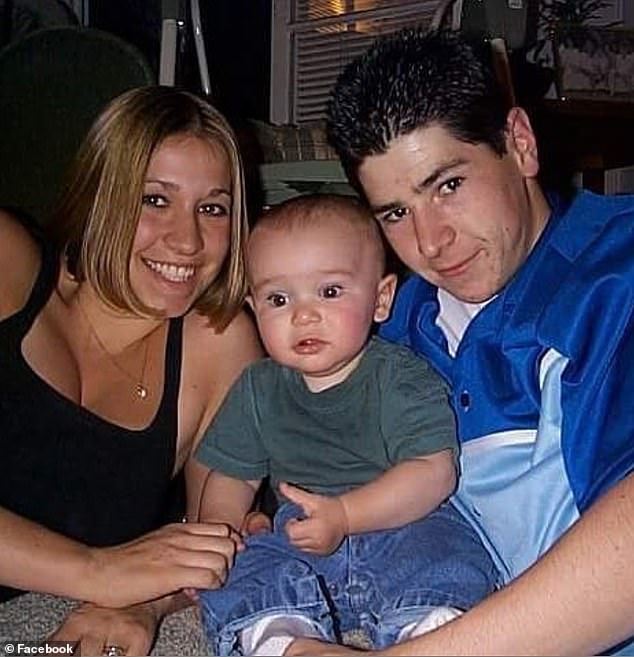 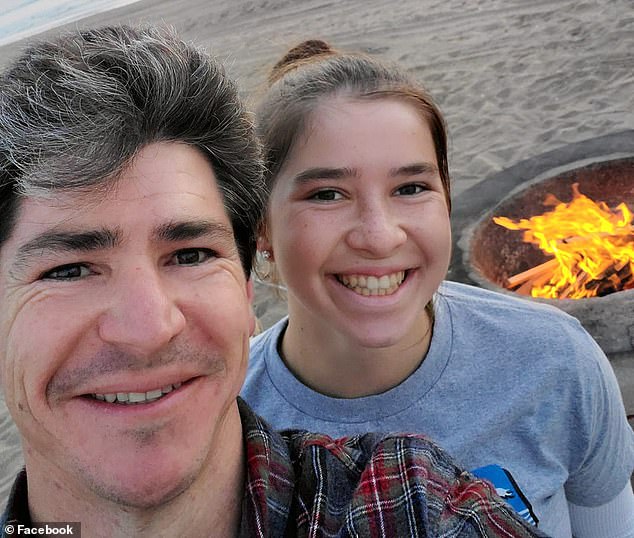 Fishman said his asked his two biological children Aaron and Isabelle, pictured with him above, how they felt about him adopting Camille and Larry after his wife filed for divorce

In June, Fishman celebrated Father’s Day with a tribute to his children, writing on his Instagram, ‘#kids are a #gift that teach us, that #inspire us, and #humble us. Your #heart will open in new ways, #love becomes more powerful than any words. Every moment spent together is irreplaceable. I love my kids!’

He added: ‘My oldest is my #humor my older son my #guide my younger #son #truth and my youngest, she is my rock, my #motivation and my reminder to be better each day.’

The star has also previously spoken about having the opportunity on The Conners to play the father of a biracial child given his own family structure.

Fishman plays D.J. Conner who is a veteran and in an interracial marriage.

‘I think is a beautiful thing. I [also] have a really complex, blended family,’ he previously told Fox. 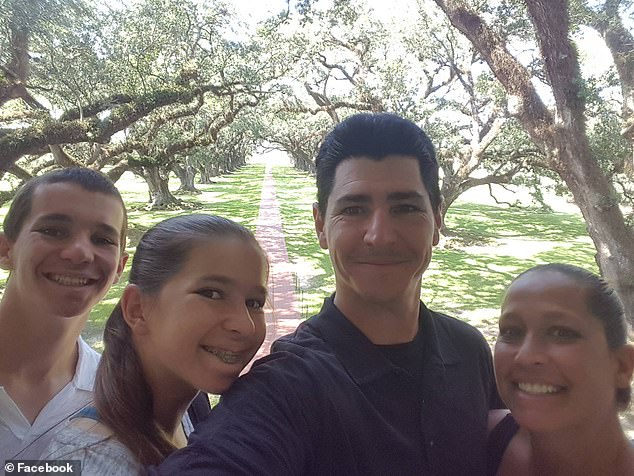 ‘I think all of those stories are so relevant and they resonate so deeply with me,’ Fishman added.

‘I hope that we get to explore them more. I long for us to talk about things like transitioning back into civilian life and being in an interracial marriage and having a spouse deployed and having a biracial child and what it’s like right now with all the pressures that [exist] in our society.

‘A couple of years ago, at the end of my marriage, I adopted two kids who never had a father figure. I expanded my family in that way as my marriage was ending.’

Fishman’s ex-wife Jennifer filed for divorce last year after the couple separated in 2017 in efforts to amicably end their 20-year relationship.

‘Among the reasons for not getting a regular divorce is the shared desire to keep Jenny covered by my health insurance, and allow to slowly unfold our 20 years together in a way mutually beneficial for our family, particularly on behalf of our children,’ he said in a statement.