Rapper and husband of Cardi B, Offset, was briefly detained by police officers near a pro-Trump rally in Los Angeles as he live-streamed the whole thing on Instagram.

The Beverly Hills Police Department issued a statement on Twitter about the incident, noting that Offset, whose real name is Kiari Kendrell Cephus, was not arrested but that his passenger at the time, Marcelo Almanzar, 20, was taken into custody and charged with carrying a concealed weapon and carrying a loaded firearm in public.

“At approximately 5:02PM, Beverly Hills Police received information from a passerby of a subject who pointed a weapon from a vehicle at him,” the statement reads.

“The passerby provided a license plate to the vehicle, and the vehicle was stopped by patrol units a short distance away. After the on scene investigation, the passenger in the vehicle was arrested. The victim of the crime did not desire to press charges for the pointing of the weapon,” the statement continues.

“There have been media reports that entertainer Offset was arrested. Those reports are inaccurate,” the statement concludes.

A representative for Offset told Fox News: “Artist and Philanthropist Offset was detained by the Beverly Hills Police Department following an attack by aggressive Trump supporters. He was released shortly thereafter. Offset thanks his fans for their support and wishes everyone peace and safety during these trying times. He encourages everyone to get out and vote because nothing changes if nothing changes.”

The incident took place after the rapper reportedly drove through the area where people were gathered holding pro-Trump signs. In videos shared from Offset’s Instagram Live at the time, he can be heard telling officers that he will not turn off his engine or remove his hands from the steering wheel for fear of being shot.

“I’m not doing that,” he tells one male officer who asks him to turn the car off. “Because you’ve got guns out.” 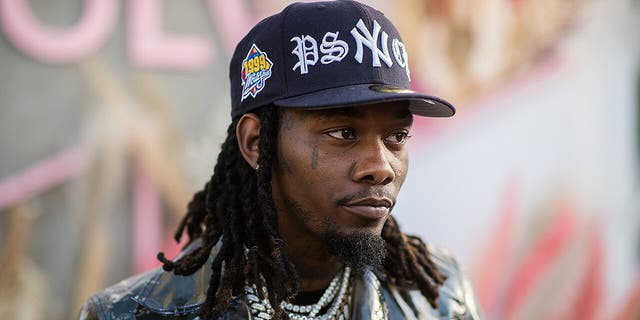 “That’s my choice,” the officer responds.

“I’m not going to move my hands from my steering wheel,” Offset says.

A female officer approaches the Migos rapper and informs him that they’re responding to a report that someone was “waving guns” at people near the rally.

“You know who I am? I’m Offset from the Migos. They got fans, that’s why they’re following me,” the rapper replies.

“That has nothing to do with why we’re here. We were told that you guys were waving guns at people,” she says. 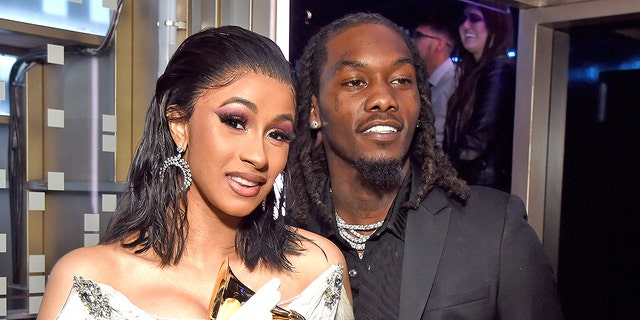 Cardi B and Offset filmed themselves driving through a rally of Trump supporters in Los Angeles.
(Michael Kovac/Getty Images for The Recording Academy)

A male officer then reaches inside the car through Offset’s open window to unlock the door as the musician protests that the action is unlawful. Offset is then removed from the car by officers who detained him in handcuffs while they conducted their investigation. He was eventually free to go.

As Entertainment Tonight reports, Cardi B posted a video of herself driving her car past a group of Trump supporters who were rallying and waving flags, noting that she was worried she was “going to get jumped.”