Viewers who tuned in to Tuesday’s episode of “The Bachelorette” in Detroit were shocked to see results mistakenly displayed on screen for next week’s presidential election.

As the drama unfolded between Clare and Yosef on the reality show, viewers took to social media to note that WXYZ-TV seemed to accidentally post 2020 election results during the broadcast on the left side of the screen. The display showed President Donald Trump had defeated his opponent, Joe Biden, in the state. It also showed projections for several other local races despite Election Day being a week away.

WXYZ-TV told Fox news in a statement that the results were randomly generated as part of a test of the system they’ll use on the actual Election Day that was mistakenly broadcast during “The Bachelorette.”

“Last night, during ‘The Bachelorette,’ WXYZ inadvertently aired an election result graphic as part of our testing of the systems we will use during election night coverage,” the network said in a statement. “The results displayed – the presidential race, the senate race and a number of congressional races to name a few, were part of a test and NOT actual results. In Michigan, no ballots are counted before election day.”

The statement continued: “The results displayed were randomly generated by the system we use for testing. We apologize for the error and any confusion it caused. We take this matter very seriously and have taken steps to ensure this will not happen again.” 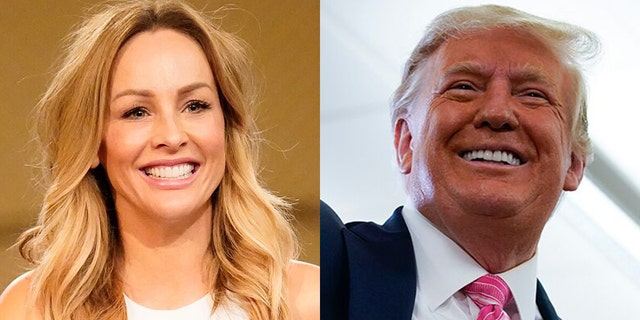 2020 Election results mistakenly displayed in Detroit during a broadcast of ‘The Bachelorette.’
(ABC/AP)

Viewers were confused to see the network saying that, with 100% of the vote reported, Trump had won by 50% over Biden — numbers that could not have been real given a majority of votes have not even been cast yet, let alone counted.

According to a recent Fox News poll, Biden is actually ahead in Michigan.

Some took to social media to note that the error was serious, with some calling for an investigation into whether or not the station was hacked and one user alleging that the display of results early amounts to voter suppression in the highly important swing state.